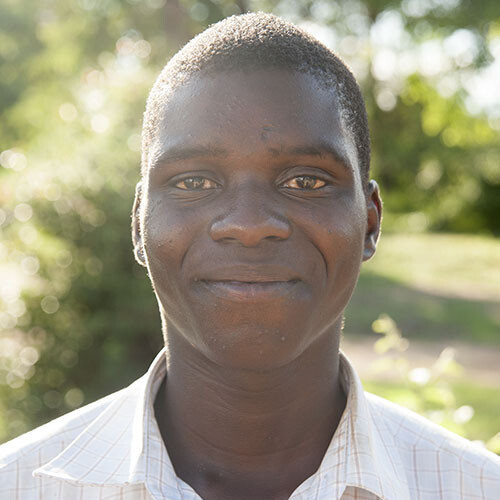 Simon was born in June 2000 but did not start school until he was 9 years old.This may be due to his father’s death in 2006.He stopped going to school after reaching grade 6 and spent almost 4 years in his village.Later a teacher encouraged back to school and he restarted back in grade 6 in 2017. He was 17 years old at that time. At 18 years he had moved up to Grade 7 the final year of primary school. He sat his Certificate of Primary Education or Grade 7 exams and achieved a composite score of 714, a little above average.

Simon applied for sponsorship under our scheme quite late and so it is only now that we are looking for a sponsor. He is a nice, well-mannered boy who is keen to complete his schooling. His home is too far from Mfuwe Day Secondary School for him to travel to and from on a daily basis so we have found him a place as a boarder at the school.

We already have the results from his end of term tests in term 1 and he is doing well - here are the details:

As we are now halfway through the year Simon's sponsorship costs do not include the fees for term 1 but do include the cost of uniform and all his school needs and school fees until the end of this year.