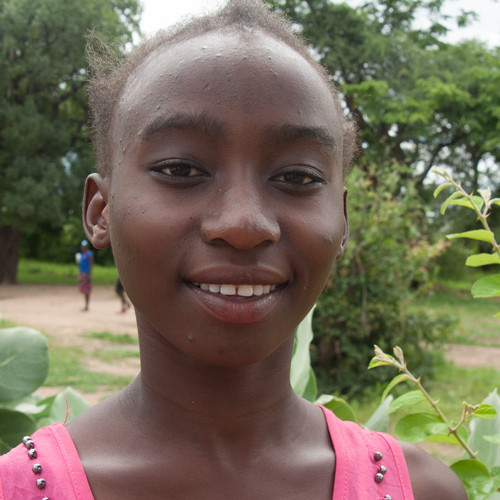 Memory Zulu arrived at our offices on a bus along with 46 other applicants. The bus had been hired by a local councillor to collect children from the poorer and more distant areas in Jumbe Chiefdom some 60 kilometres from Mfuwe. Memory lost her mother in 2015 and just last year her father also died. She now lives with her grandparents, uncle and aunt who are subsistence farmers and who also care for her younger sister, 7 year old Patience. Memory has been attending Jumbe Basic School where she sat for her Certificate of Junior Secondary exams, known locally as the Grade 9 exams, last November. She will now go up to her final three years at school and senior secondary education. Here is a breakdown of her results:

Memory has been offered a place at Mambwe Boarding Secondary School where she would need to attend as a boarding pupil.Pupils who board at school often do better than those at day schools for several reasons:the boarding schools are usually better schools than day schools, pupils are able to study due to having electricity, they can form study groups to help each other and they have three meals a day (usually unheard of in most poor families).

Memory wants to train as a nurse after completing school- she says that she wants to be able to help her little sister and . . . she likes the uniform.