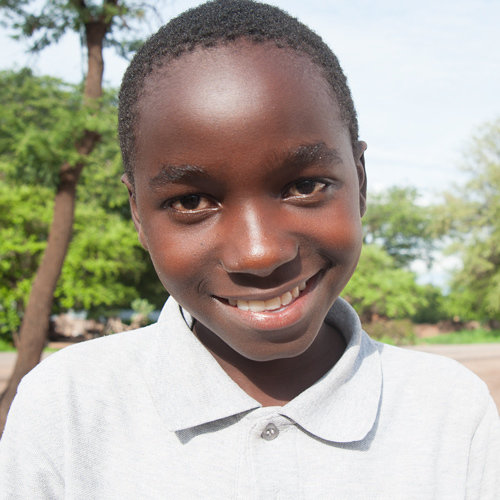 Haswell is very small for his age but makes up for this with a big personality. He is a single orphan whose father died when he was 5 years old and he has one younger sister. He has been attending Katapila Community School and has recently taken his Certificate of Primary School exams. He gained an excellent overall mark of 772 points.

When Haswell came to the office to apply for sponsorship he wrote a perfect letter of application . . . a bit too perfect.Being suspicious we asked him to write something else and this time it was far closer to our expected standard. We asked Haswell to explain his first letter and to our amazement he said that he had practiced it with an older friend and then memorised it, proving this by reciting both the two A4 pages word perfect.

We are impressed with Haswell, his serious preparation for making his application, his ingenuity and especially his memory. He is an outgoing, chatty and very likeable boy.