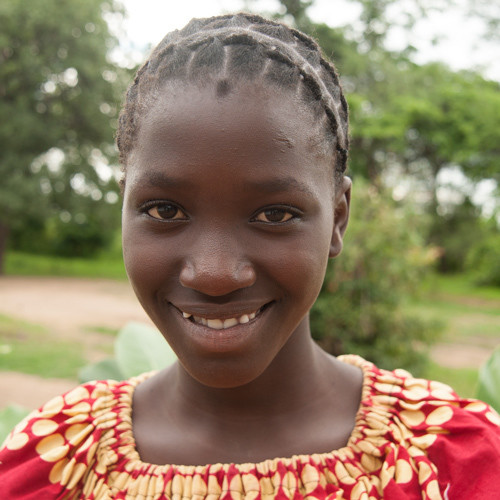 Grace’s parents separated and they both have remarried. Her father now has a new wife and Grace stays with her mother, step-father, and younger siblings.She has a full brother and sister and a 10 month old half-brother.The family survive through subsistence farming in the Jumbe Chiefdom.Grace explained that they are often short of food at this time of year and there is little money to spend on essentials such as soap, never mind clothing.Like many families they usually eat once a day – at supper time – and will go to school or to work in the fields on an empty stomach.

Grace attended Jumbe Primary School for grades 1 to 7 and sat for her final primary exams last year.She scored an aggregate of 690 points. Here are her results:

She has been offered a place at Jumbe Secondary School- this is a newly formed school but don’t mistake it for a new school. Due to the high number of pupils who passed the grade 7 exams the government have formed secondary classes at the primary schools to cope with the larger-than-usual number of grade 8 pupils.

You can get an idea of which subjects the pupil likes or is good at by looking at his or her marks. English and mathematics are obvious but you might like an explanation of the other subjects. Social and Development Studies is all about geography, history and civics. Zambian Language is the study of one of the many languages used in Zambia; in this area it is Chinyanja. Creative and Technology Studies is a mix or practical subjects such as arts and crafts. The marks may also indicate the type person, especially when it comes to the Special Papers; Special Paper 1 is a simple and basic IQ test based on English and Maths logic and Special Paper 2 is a basic visual IQ test based on patterns.